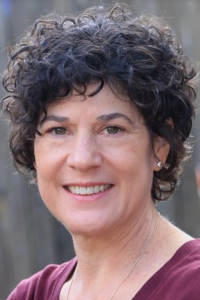 In 2006, she assumed the Research Director position of the Barbara Davis Center and is continuing to investigate the regulation of beta cell development at the University of Colorado. The main focus of Dr. Sussel’s research is to understand the complex transcriptional networks that regulate development, differentiation and function of the pancreatic islet. Her early studies led to the ground-breaking discovery that a ghrelin-producing “epsilon” cell population normally resides in the fetal islet, and that a close lineage relationship exists between the islet beta and epsilon cell populations.  She went on to identify several conserved novel regulatory pathways that are essential for normal pancreas development, islet lineage specification and the maintenance of beta cell function and identity.  Currently, her research is addressing issues relating to the regulation of beta cell identity and function with a specific focus on transcription factors and long non-coding RNAs. At the Barbara Davis Center she has joined an established team of scientists and clinicians dedicated to finding treatments and cures for Type 1 diabetes. In this rich research environment, her lab will explore novel transcriptional regulatory mechanisms that could promote beta cell survival and function in the context of autoimmunity.